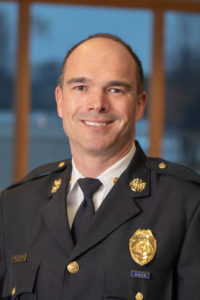 Chief T. John Cunningham has over twenty-five years’ experience in the public safety sector.  He is presently the Fire Chief and Emergency Management Director for the City of Brooklyn Park, the fourth largest city in the metropolitan area and the sixth-largest city in Minnesota.  The fire department is a progressive, full-service emergency response and public safety agency handling over 8,200 incidents annually.  Chief Cunningham is responsible for the department’s direction and strategy, personnel, budget, and day-to-day operations. The fire department has 48 sworn and 1 non-sworn full-time employees, and 4 part-time employees. Under his leadership, the department has more than doubled its full-time firefighting force, modernized its front-line fleet, created a full-time fire training academy, expanded its arson investigation capabilities, and developed a plan to replace its aging fire stations.

Prior to joining the Brooklyn Park Fire Department in 2018, Chief Cunningham was the Fire Chief and Emergency Management Director for the City of Elk River, Minnesota.  He is credited with leading the development of the department’s first multi-year strategic plan, launching a successful Fire Academy Program, expanding the department’s leadership team, and implementing a new records management system (RMS).  A citywide reorganization in 2012 brought building safety and code enforcement under the auspices of the fire department. 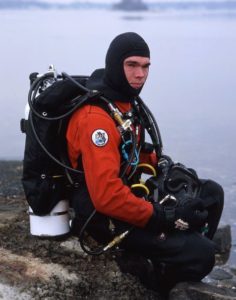 Chief Cunningham began his public safety career at a young age, joining a fire explorer program at thirteen and becoming a volunteer firefighter in Greenwich, Connecticut in 1998.  He quickly rose through the ranks within the combination department of over 200 career and volunteer firefighters, holding every volunteer leadership position including district chief.  He was also one of the original members of the Connecticut Urban Search and Rescue Team (CT-TF1) and was actively involved the fire department’s technical rescue team and dive program.

In October 2021, Chief Cunningham was re-elected to a third term as the President of the Minnesota State Fire Chiefs Association, a professional non-profit organization representing 1,500+ fire officers from across the state..  He has also served as a board member of the Statewide Emergency Communications Board.  He is actively involved with the Minnesota Fire Service Foundation, having served as the honor guard commander at the Minnesota Fallen Firefighters Memorial Service.

Prior to becoming a career chief, he owned a successful technology consulting business which he started in high school.  He also worked as a consultant for technical rescue/disaster response training firms around the country, facilitating training programs and large-scale disaster exercises. Chief Cunningham has also assisted in the planning, coordination, and execution of several large-scale disaster response training exercises held across the United States.

Chief Cunningham is a strong advocate for continuing education and career development.  He has extensive experience teaching leadership, incident management, scene safety, and fire/rescue operations. He has led and assisted on several table-top and functional exercises, including a public safety LTE broadband technology pilot in Elk River.

Chief Cunningham’s educational background includes a Bachelor’s Degree in Business Management from Fairfield University and a Master’s Degree in Homeland Security Leadership from the University of Connecticut.  He also holds a certificate in Collaborate Leadership in Homeland Security from the University of Connecticut and is a certified fire officer, instructor, and Emergency Medical Technician (EMT).  In 2022, he completed the Shannon Leadership Institute (previously part of Wilder Foundation), a cohort of non-profit, community, and government leaders seeking a “renewed commitment to community service.”

John is married to his long-time partner Ben; they live in Elk River with their two dogs.